Cigarettes have long been prohibited in most workplaces, but vaping raises new concerns for businesses. So, should the smokeless option be considered the same as cigarettes?     According to employment legislation specialists, when drafting e-cigarette policy, businesses should examine local and state legislation, workplace culture, health hazards, and adjustments. like here,  In this case, electronic cigarettes are defined as battery-powered items that can resemble a typical cigarette, a pen, or a USB flash drive, among other things.

Users inhale an aerosol that typically contains nicotine, flavorings, and other compounds; however, nicotine is not present in all e-cigarettes. Vaping is the term for using these gadgets. 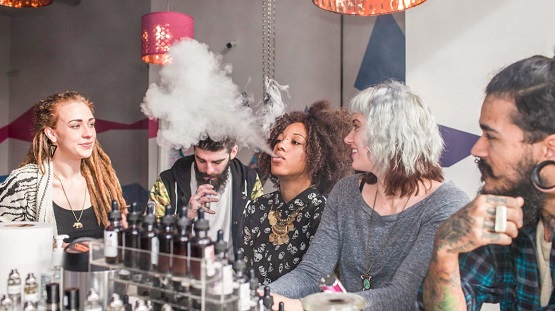 According to the Centers for Disease Control and Prevention, e-cigarette usage has the opportunity to help some individuals while harming others.

According to the CDC, adults who use e-cigarettes as a complete substitute for traditional cigarettes may benefit from vaping. However, experts still have a lot to learn about whether e-cigarettes actually help stop smoking.

After all, e-cigarettes have not been approved by the US Food and Drug Administration as a smoking cessation aid. According to the CDC, vaping can be detrimental to children, expectant mothers, and individuals who have never used nicotine-based items.

Vaping, according to the American Lung Association, can also cause secondary emissions. However, conducting more studies is necessary. According to the National Cancer Institute, “although e-cigarettes may be less dangerous than traditional cigarettes, this would not mean that they are risk-free.”

State and Local Laws Should Be Checked

According to Jay Hux, a lawyer with Fisher Phillips in Chicago, businesses may choose to approach vaping whatever they wish, depending on their area. However, when drafting a policy, firms should consider local and state legislation.

Some local governments have also passed laws prohibiting the use of e-cigarettes in confined facilities. As a result, permitting e-cigarette use in the office in some countries would be illegal, according to Betts.

Businesses must make sure they know their corporate goals so they can modify policies and procedures to meet those goals, she added, even if a state hasn’t enacted any restrictions. “Keep in mind that if you work in a unionized environment, you may need to negotiate with a union before adopting an e-cigarette guideline.”

Many companies currently don’t have formal procedures in place or haven’t given much thought to how they want to handle vaping. Meanwhile, other firms tacked it on to a smoking policy on the surface.

Businesses should weigh the benefits and drawbacks of regulating e-cigarette use the same way they do tobacco use.

On one hand, employees may be more productive if they can vape at their desks and take fewer breaks, he claims. On the other hand, employers may consider workers puffing on e-cigarettes at work unsettling since an e-cigarette is still a means of discarding an addictive substance.